When I was a teenager, I would literally eat frosting right out of the jar. Now I can do the same with this delicious Coconut Frosting recipe, without the blood-sugar-crash an hour later!

I originally made this frosting to decorate my little one’s fourth birthday cake. She’d requested a Chocolate Gummy Bear Rainbow cake, so I needed to create a light coloured frosting. I knew I’d likely be working with coconut.

I wanted something that would hold up to being piped, so I could decorate her cake. You do have to work somewhat quickly with this frosting, as it will start to melt if you are holding the piping bag in warm hands (due to the coconut oil). But, it worked perfectly for us and was absolutely DELICIOUS!!!

Update: Since I’ve undertaken the Paleo Autoimmune Protocol Diet, I’ve made this recipe a couple of times when I was really craving something sweet. And, I ate it right off a spoon like when I was a teenager! Yum! 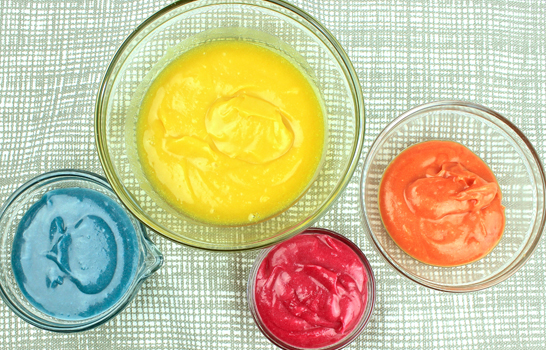